Four Decades on, Martin Yan Faces a New Audience and a New World

The man who used television to help many North Americans start cooking Chinese food at home is as cheery as ever, but aware of some harsher truths. 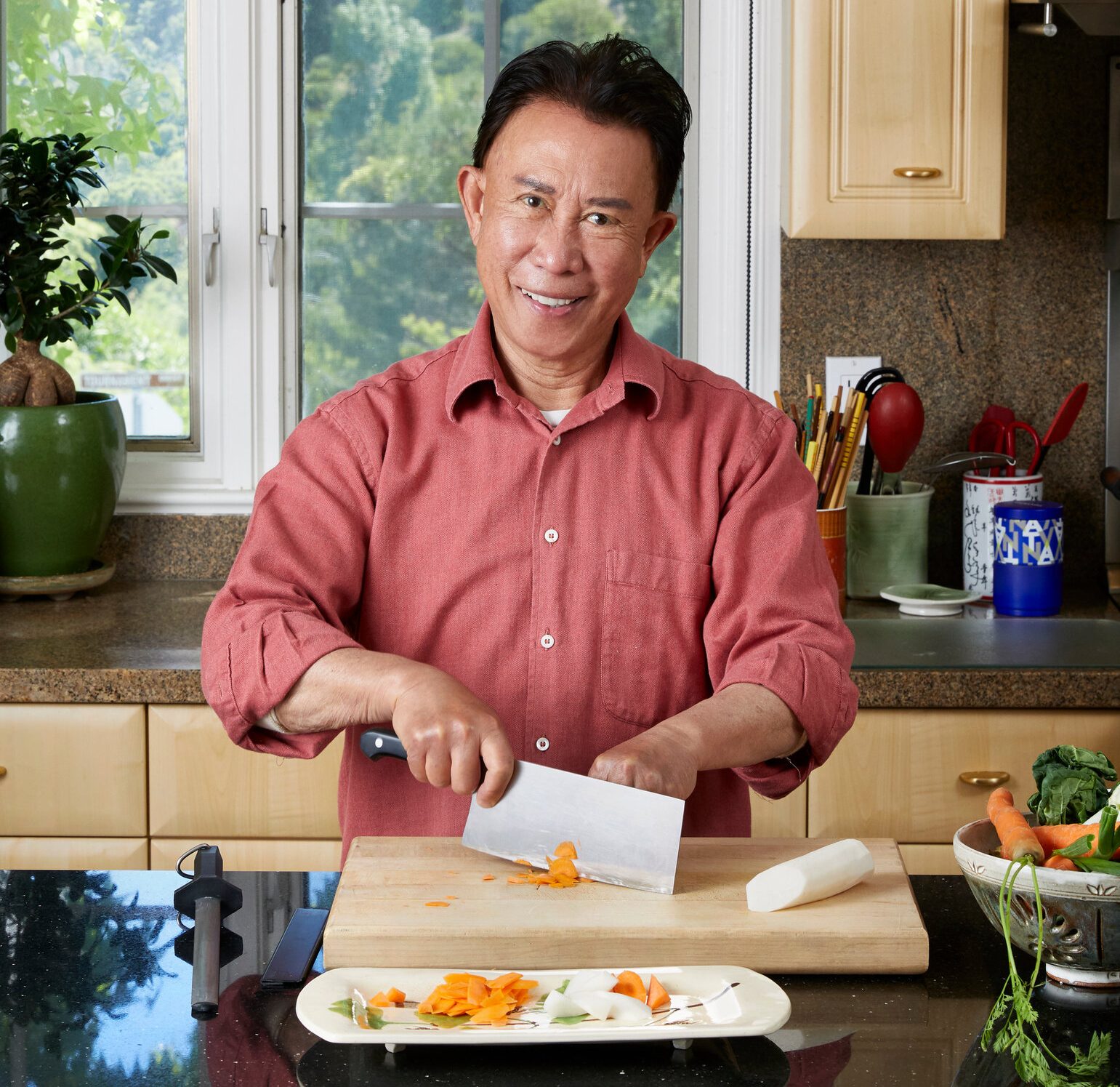 Martin Yan at home in the San Francisco Bay Area. Since he started cooking on TV in 1982, he has taught millions of people how to prepare various Asian cuisines.Credit…Aya Brackett for The New York Times

HILLSBOROUGH, Calif. — Live from his home kitchen in the Bay Area, Martin Yan flashed a smile, raised his cleaver and chanted the catchphrase that the 150 or so people watching him online were clamoring to hear: “If Yan can cook, so can you!”

For Mr. Yan — who over a four-decade career has played the roles of television personality, cookbook author, restaurateur and now YouTube host — this longtime slogan is more than just a shtick. It’s a summary of all he believes in. If a soft-spoken boy from Guangzhou, China, can make it big in America cooking stir-fries and dumplings, he figures, anyone can do just about anything.

Mr. Yan doesn’t have an enormous social media following or a list of viral recipes to his name. But his impact on the culinary sphere is immeasurable. In 1982, at age 33, Mr. Yan became one of the first people of Asian descent to host a cooking show in the United States. “Yan Can Cook,” on public television, was a contemporary of programs like “Julia Child & More Company” and later on, “Today’s Gourmet,” starring Jacques Pépin.

His show is still syndicated around the world, making it one of the longest-running American cooking programs. Mr. Yan, now 72, introduced legions of people to Chinese flavors, and eventually to other Asian cuisines. In the 1980s and ’90s, he achieved what many nonwhite cooks still struggle to do today — to get Americans to view the cooking of other countries as something they can replicate at home. 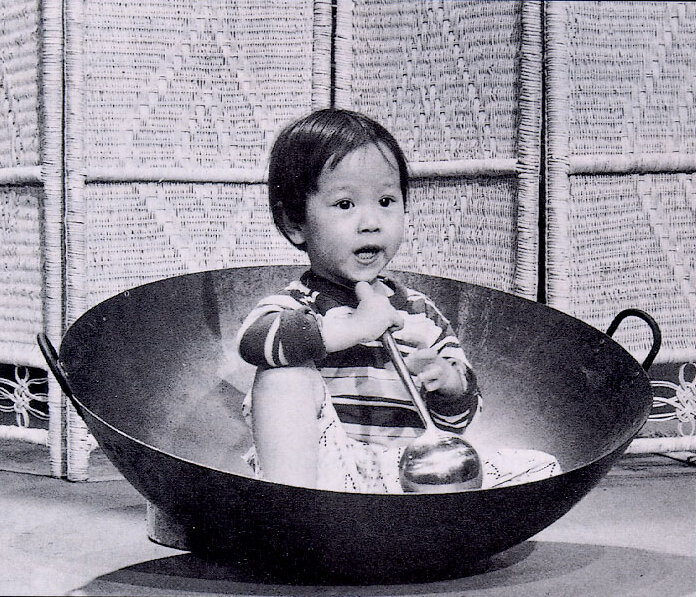 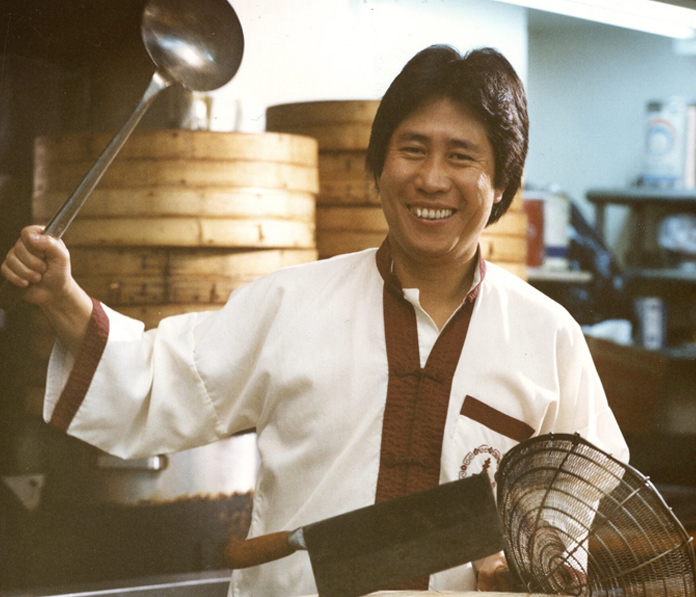 Mr. Yan in a publicity photo for his show in 1980. Credit…Courtesy of Martin Yan

Today, Mr. Yan has re-energized his existing fans and found new ones — both on Instagram, where he has been posting more frequently, and on YouTube, where he livestreams himself cooking from home. KQED, the San Francisco PBS member station, has been releasing old episodes of “Yan Can Cook” to YouTube weekly since January 2020.

His cooking repertoire is more wide-ranging, his style a little more relaxed — and he remains as kinetic as ever.

“Look at this physical specimen,” he exclaimed to an iPhone on a camera rig, standing in a power pose before tossing a piece of ginger into a wok to make adobo. “I haven’t gained weight in 35 years.”

Yet Mr. Yan now inhabits a landscape that is vastly different from the one in which he came up. Food media has been rocked by calls for racial justice and equity, and continuing criticism of how frequently non-Western cuisines and ingredients are appropriated or whitewashed in recipes. And throughout the United States, Asian Americans have become the targets of widespread violence.

Mr. Yan, in his perennially cheery way, focuses on the progress that’s been made — pointing to, say, the ubiquity of Chinese restaurants in America, or the availability of ingredients like soy sauce in grocery stores. Asked about his experience with discrimination, he insisted he had been “fortunate.”

But the next day, after thinking about it, he told a story: Forty years ago, he was taking out the trash at his San Francisco apartment, near a lake with ducks. A young white couple, seeing him with a bin, accused him of trying to kill and eat the ducks, saying that Asians like him were destroying the environment.

Mr. Yan assured the couple he had no plan to kill anything, and invited them to come over that evening for Peking duck.

The couple accepted his explanation. They did not come over for duck. 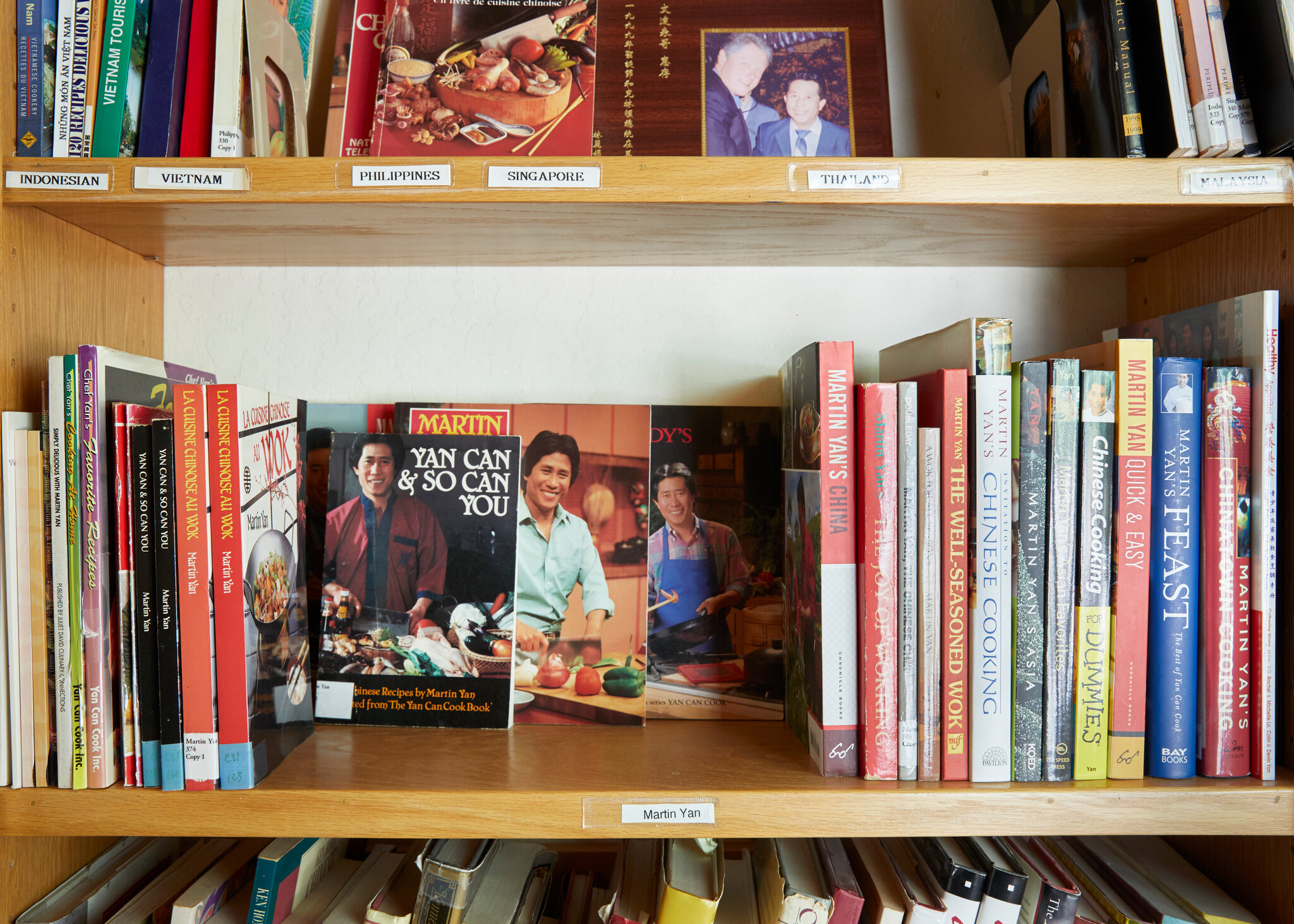 Mr. Yan has published dozens of cookbooks and has a library of about 4,000 others.Credit…Aya Brackett for The New York Times

Food television is now big business, but when “Yan Can Cook” premiered, Mr. Yan became one of only a few chefs teaching cooking to a national audience.

“It was very weird to see someone like” Mr. Yan onscreen, recalled Hua Hsu, 43, a staff writer for The New Yorker who watched the show with his mother as a child. “You are used to seeing an Asian face in detective stories, as the Dragon Lady, or as a delivery worker or as a scientist,” but not as a home cook.

A few chefs, like Joyce Chen and Cecilia Chiang, were already bringing more attention to Chinese food. But Mr. Yan said that when “Yan Can Cook” first appeared, few people foresaw that cooking shows would become a cultural touchstone. He felt simply lucky to be on TV considering where he started, as the child of working-class parents in Guangzhou.

At 13, he moved to Hong Kong alone, at his mother’s urging, to work at a family friend’s restaurant. He worked long hours filleting fish and chopping chicken, sleeping on the kitchen floor. Once he finished high school, a church elder helped him secure a visa so he could attend college in Calgary, Alberta.

Mr. Yan filled in at the last minute for a cooking segment on the Calgary station CFAC-TV in 1978, then was asked to keep coming in. Those demonstrations became “Yan Can Cook,” which aired daily on CFAC-TV for four years before shifting in 1982 to KQED in San Francisco, which broadcast it weekly.

June Mesina Ouellette, the associate producer of “Yan Can Cook,” remembers that Mr. Yan “had this energy that could have filled the space.”

Before she met him, she didn’t know how to cook. As she worked on his show, “I got over my fear,” she said. “He made it fun.” 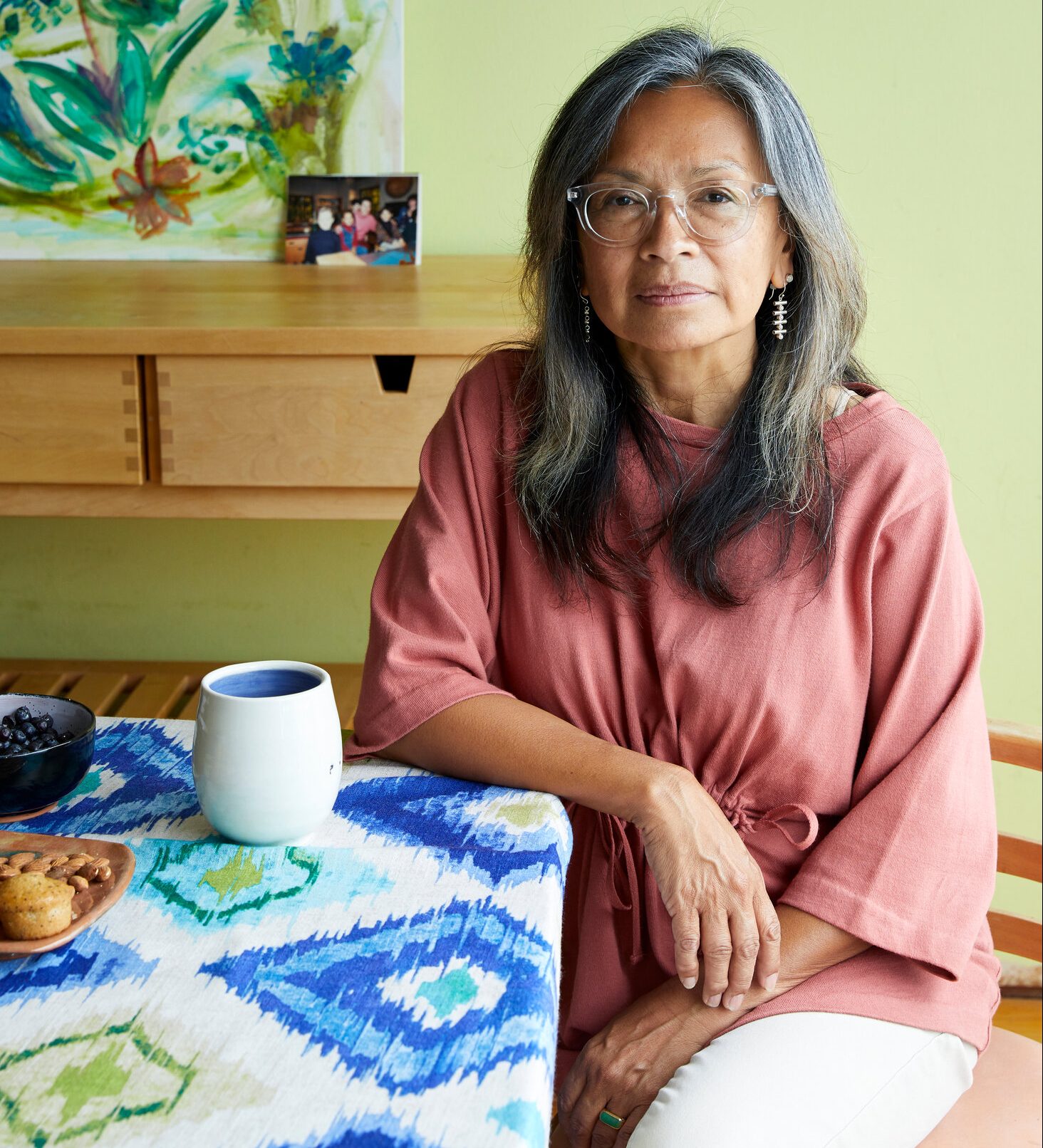 June Mesina Ouellette, the associate producer of “Yan Can Cook,” said Mr. Yan taught her how to cook.Credit…Aya Brackett for The New York Times

Mr. Yan also highlighted local Chinese businesses on his show — he took viewers inside an egg roll factory and the kitchen of a dim sum restaurant. Because he spoke several Chinese dialects and understood the culture, “he had access” that a white host wouldn’t, said Bernie Schimbke, the art director for “Yan Can Cook.”

Still, Mr. Yan was well aware of the xenophobia directed at Chinese people in America, starting with the Chinese Exclusion Act of 1882, which banned immigration by laborers from that country.

“Chinese food and Chinese culture were not as well received” when his show debuted, he said. He was hesitant to introduce any dish that people might consider too different or difficult. “I do either steamed, deep-fried or stir-fried.”

Ms. Mesina Ouellette wondered how exhausting it must have been for Mr. Yan to be constantly fighting people’s biases.

But he didn’t see it that way. There weren’t many Chinese cooking classes in America at the time, he said. He started with straightforward dishes so he could draw people in and, over time, introduced more complicated ones.

He tried to keep to traditional ingredients, but always suggested substitutions, said Tina Salter, the former culinary producer at KQED. “He would rather see them cooking and stir-frying than skipping and staying with a hamburger.” 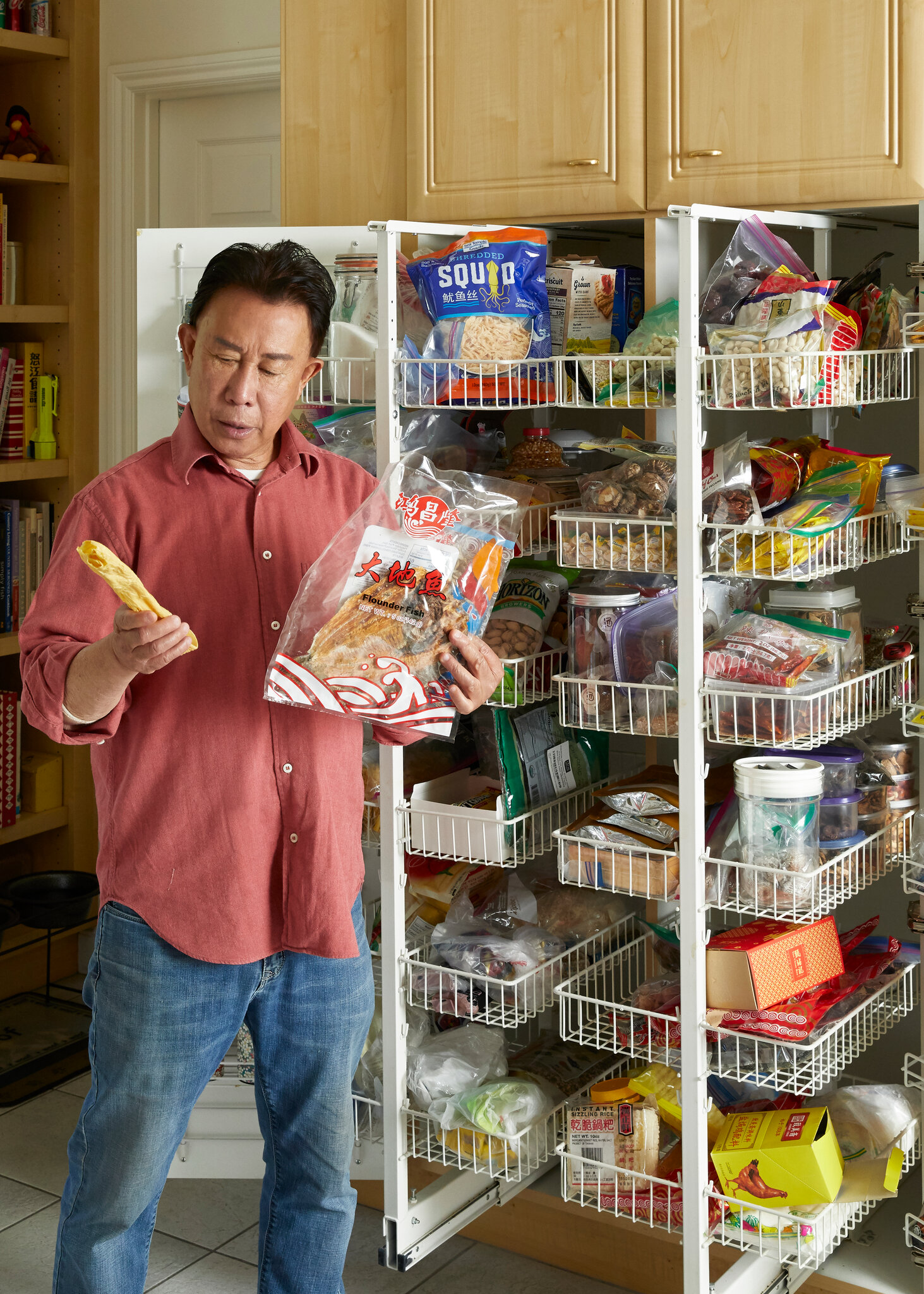 Mr. Yan spends much of his time in his home kitchen, livestreaming his cooking on YouTube.Credit…Aya Brackett for The New York Times 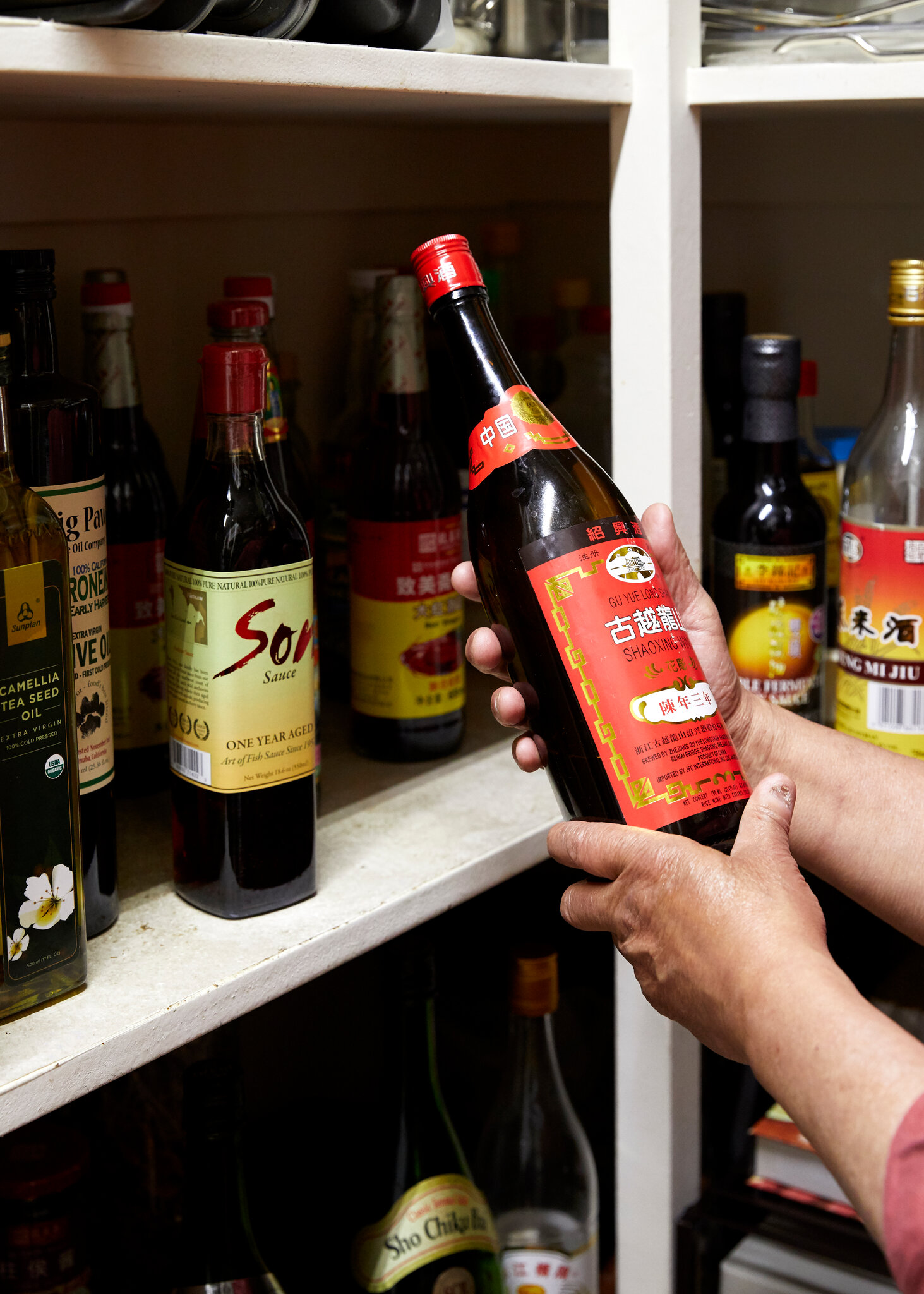 Mr. Yan points to the wide availability of Asian ingredients in grocery stores as a sign of progress since his career started.Credit…Aya Brackett for The New York Times

Mr. Yan retained a good deal of control over his show. In fact, he recruited sponsors himself, and set his own compensation — $3,500 to $4,000 per episode, on average, he said. “I made myself indispensable. I said, ‘OK, go find another Martin Yan.’”

From “Yan Can Cook,” he built a lucrative career doing television specials, cooking and speaking at schools, companies and festivals around the world, writing cookbooks and running restaurants in China and California.

But the pandemic forced him to slow down. Last year, he had planned to travel to Vietnam and Malaysia to film a television special titled “Martin Yan’s Mobile Kitchen,” in which he would drive around a food truck and cook with locals. That project has been postponed indefinitely.

In November, he closed his last restaurant, M.Y. China in the Westfield San Francisco Centre, because it didn’t have the space for outdoor dining.

Before the pandemic, he was never a fan of social media — it takes up too much time, he said. But he has been posting more of late. In March, he published a photo to Instagram of himself on a communal walk to stand against Asian hate, with the gentle caption, “How’s that for perfect exercise?” It was one of the first times he used his account for activism.

“The disadvantage of us Asians,” he said, is that “we don’t like to make noise.” 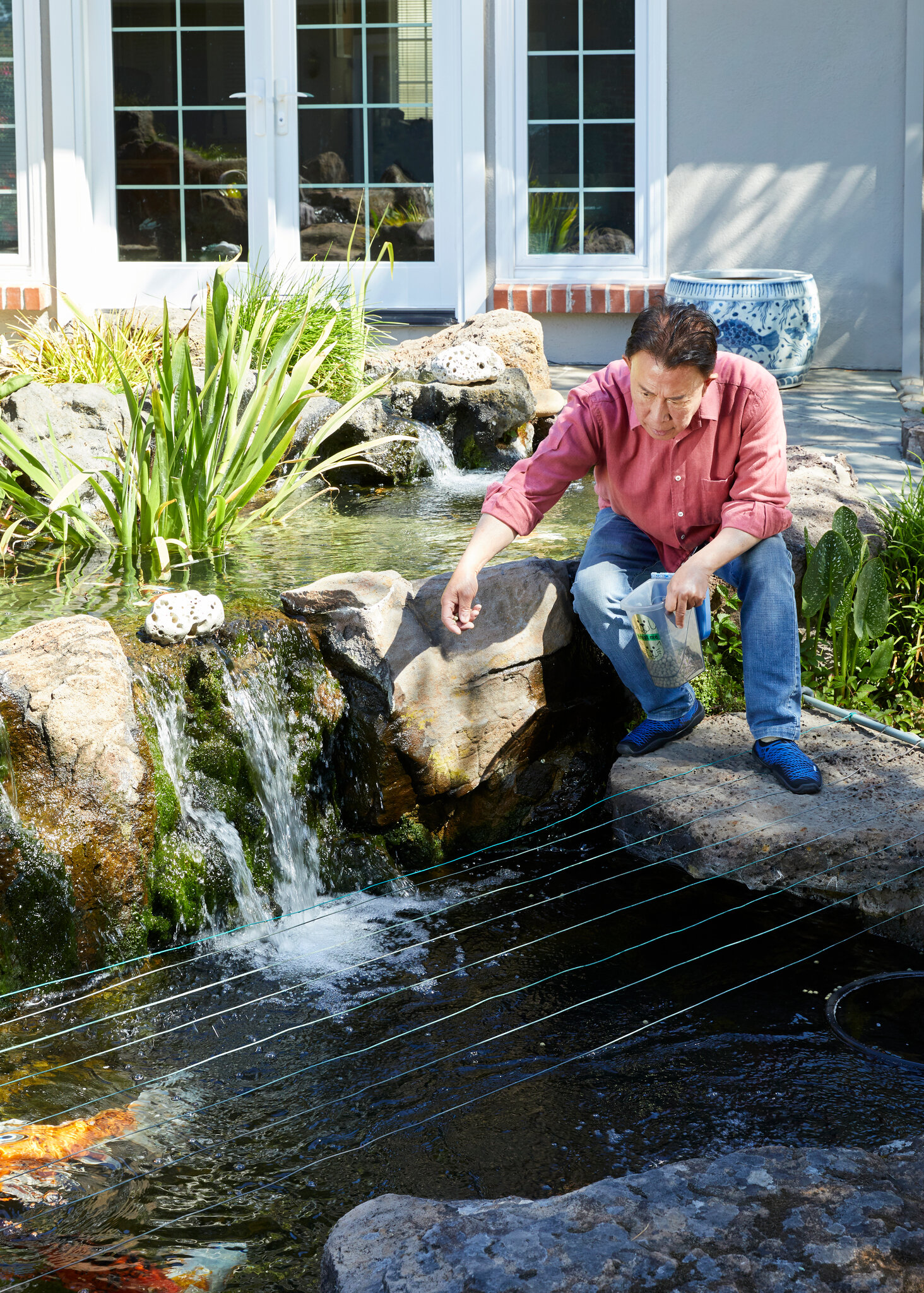 Mr. Yan is a frequent traveler. But last year, while spending time at home, he became a more avid gardener.Credit…Aya Brackett for The New York Times 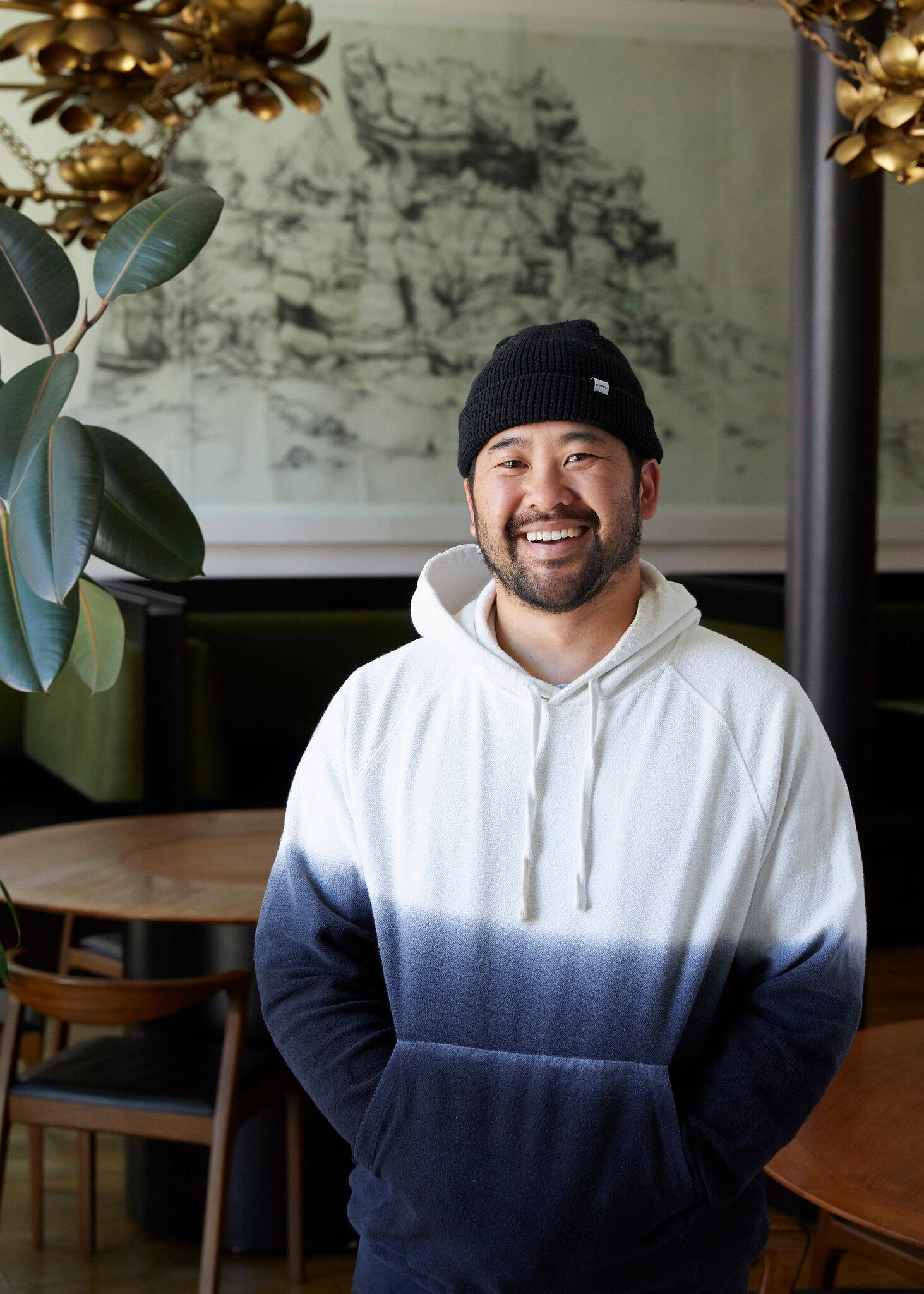 Brandon Jew, the chef and co-owner of the San Francisco restaurant Mister Jiu’s, said Mr. Yan has been very supportive of his career.Credit…Aya Brackett for The New York Times

But these days Mr. Yan is not a household name in the same way as Jackie Robinson or Julia Child, who has inspired an exhibit in the Smithsonian Institution’s National Museum of American History, a movie starring Meryl Streep and several biographies.

Both Child and Mr. Yan wrote best-selling cookbooks. Both have led fascinating lives. So where is Mr. Yan’s movie?

A few of his former colleagues pointed to systemic racism as the reason. Mr. Yan disagreed, saying that Child, who lived on the East Coast, benefited from her proximity to the mainstream media.

But he also found the question to be flawed.

“If the public says, ‘Oh, Martin, you are not as famous,’ I really don’t care,’” he said. After all, “how many people in our business can last as long as Martin Yan?”